When you’re a lover of classic car racing, there’s no doubt that you’ll have a few of your favourite race tracks in mind if someone were to ask you what race track you’d most like to be let loose on. But, if you’re like us, you might find choosing your once in a lifetime race course a little harder than you expected! Well, if you happen to be putting together your bucket list of classic car racing tracks but find yourself drawing a blank - here are some of our top picks!

Home to the Nürburgring 24 Hours, this legendary circuit lives and breathes motorsport, with an immense history in the sport. Known as the ‘Green Hell’, the Nordschleife has held its terrifying reputation as one of the most demanding routes in the world, with no less than staggering 154 corners, taking drivers across the Eifel forests.

Measuring 21 kilometers in length, this German race track was first constructed in 1925 and now offers tourists the opportunity to explore the race tracks of the Nürburgring in their own vehicle. Definitely one for the list!

This open-road race was originally started back in 1927 and took place twenty-four times between the years of 1927 - 1957.  Since 1977, the race has returned as a race designed only for classic and vintage cars.

In fact, this exclusive race only allows entry to a small group of eligible cars, produced no later than 1957, which had to have attended the original race. With only 375 expertly preserved vehicles allowed to take part, being a participant in this epic race is surely a great feat!

While the racing route isn’t exactly the same as the original legendary race, today’s track is similar to the original race, with all the beauty of a Brescia to Rome round trip with the added thrill of a race. The route even keeps true to the departure and arrival of competitors in Viale Venezia in Brescia.

Yet another exclusive race that allows only a handful of cars, the Tour Auto 2000 Optic is set in the heart of Paris, talk about romance for classic car enthusiasts!

Every year, lucky owners of cars manufactured from 1951 to 1973 can enter and get swept up in the crowd’s excitement, beginning with the Grand Palais starting line all the way through to the finish line in Deauville.

This race track includes several stops at some of France’s most iconic cities along the route including Dijon, Lyon, Vichy, and Tours - although it’s likely that you won’t get to appreciate them in all their glory, so it might be worth longer stay for a chance to explore during your victory tour! 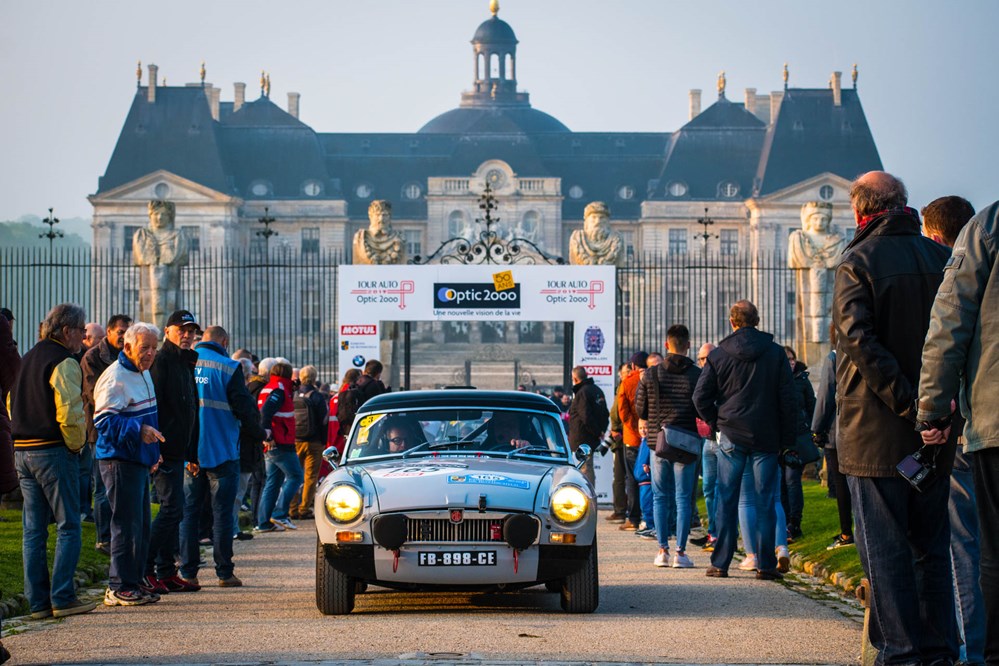 Our last pick is the current host of the Brazilian Grand Prix, which also offers a wide range of other racing events that take place throughout the year.

This is another classic circuit with a series of wild twists and turns, quick bends which are followed by long straights for those nail-bitingly close finishes and all-around breathtaking action on the track.

Home to many iconic moments in F1 history, also known by its former name ‘Interlagos’, it’s been the scene of many classic moments in F1, including Ayrton Senna’s first victory on home territory in 1991 as well as Lewis Hamilton’s late title win in 2008.

Eager to start ticking off the tracks on your classic car racecourse bucket list? We’re here to help, with our varied range of classic race cars for sale . There’s plenty of models available so there’s sure to be something that catches your eye!

Or, if you’re already a bit of a classic car racer, our classic race car preparation service are designed to meet your needs, so we can provide your car with personalised treatment to ensure that it’s ready to hit the track.

Get in touch with a member of our helpful team today to see how we can help.