This year’s Silverstone Classic welcomed a stunning array of vintage racers, with everything from FIA E-types to Porsche LMP1 racecars gracing the world-famous track. Right in the mix was DM Historics’ 1965 Ford Lotus Cortina, making its UK track debut with the support of our industry-leading race support team. 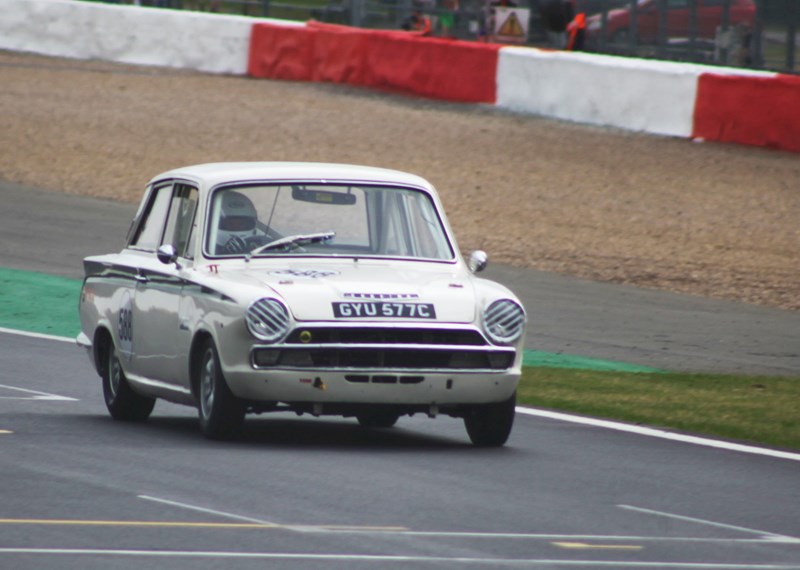 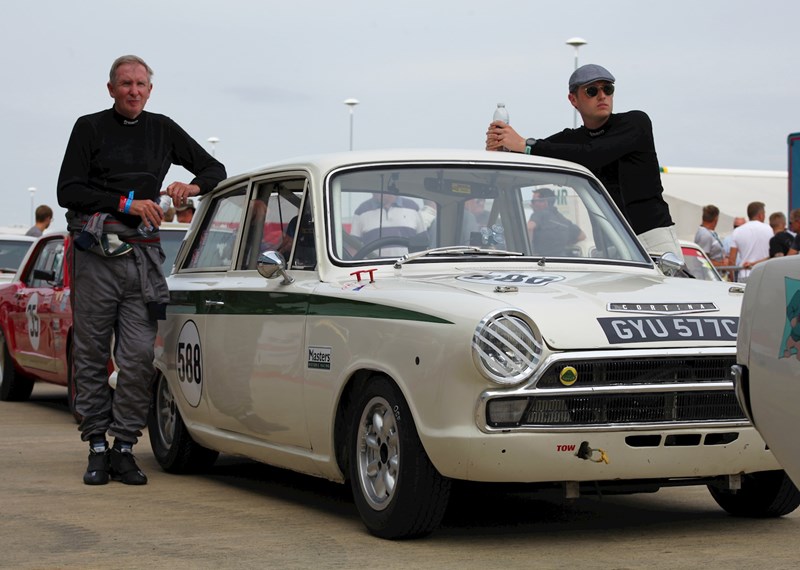 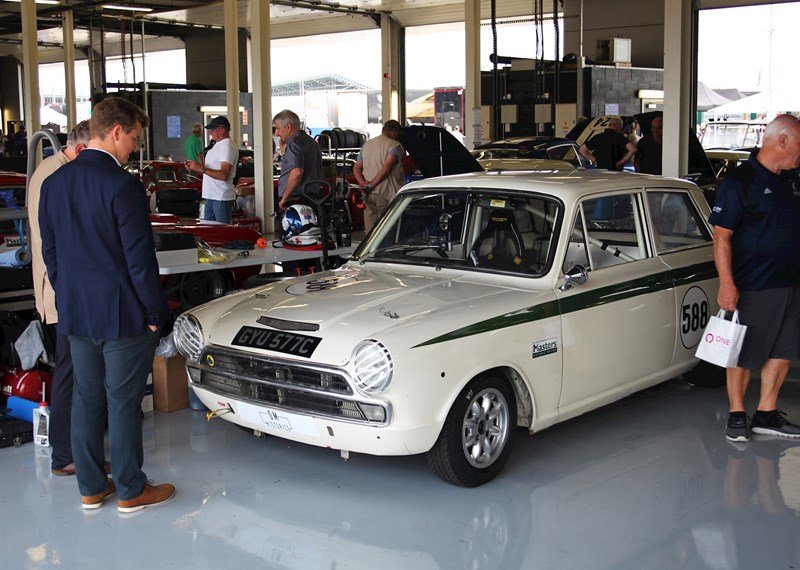 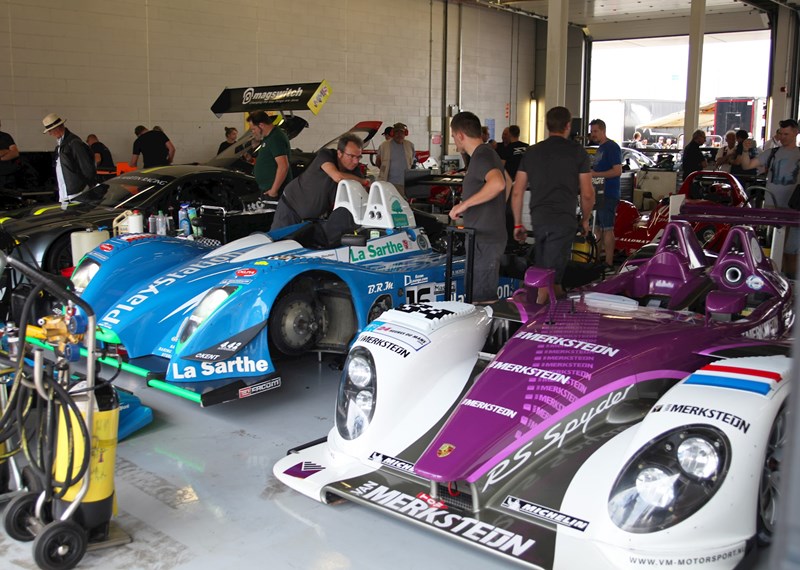 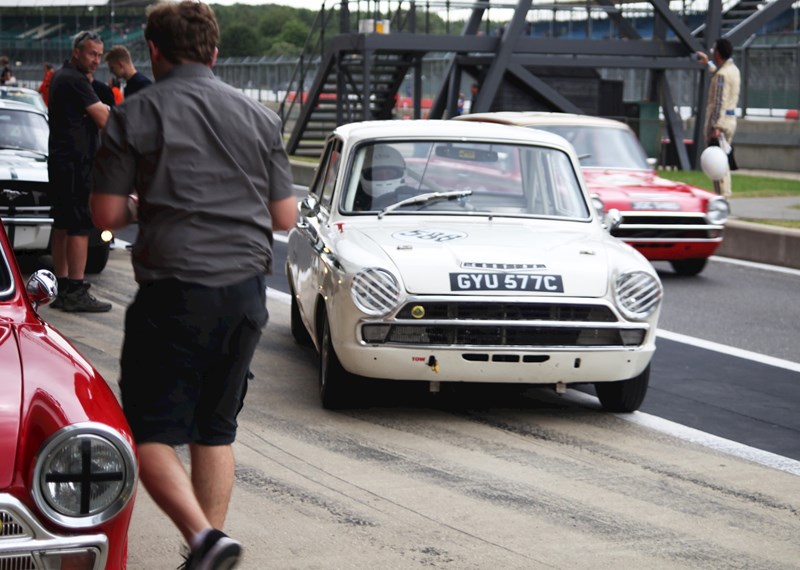 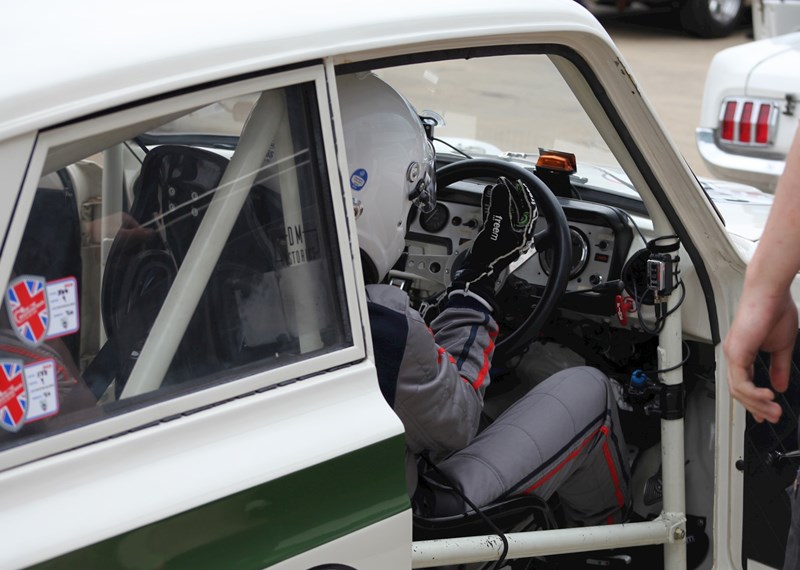 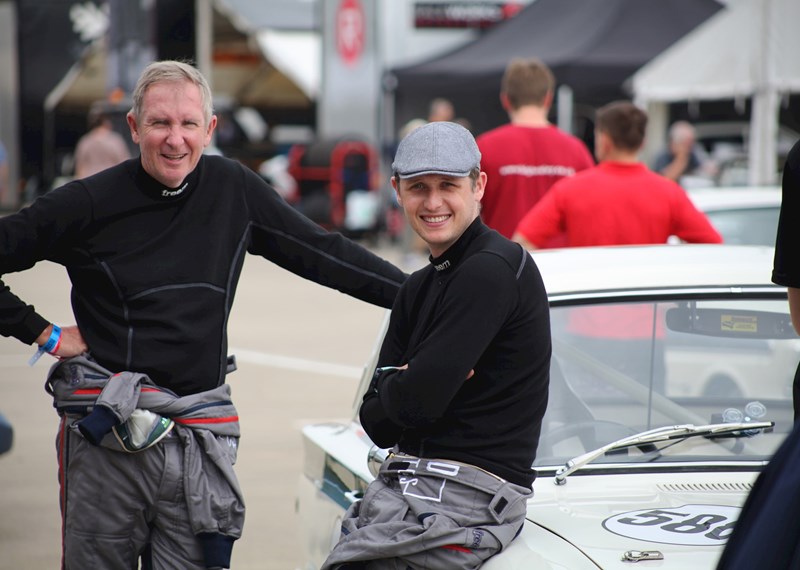 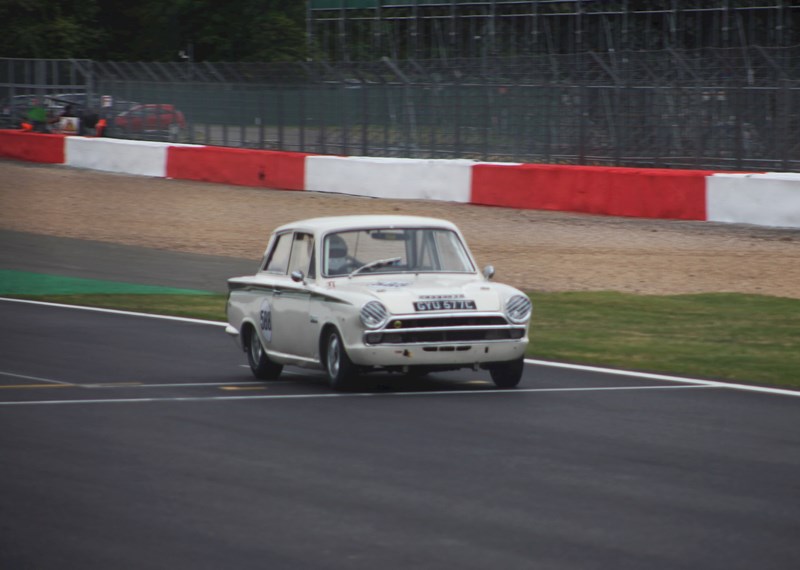 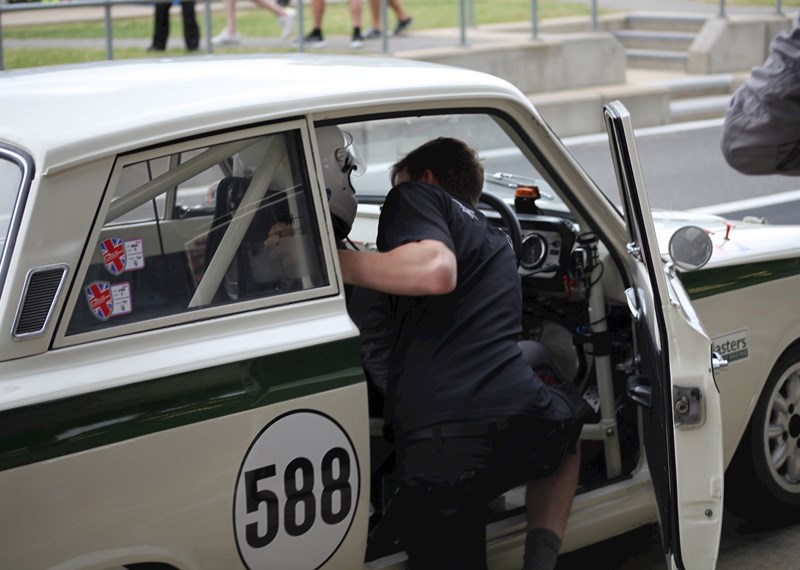 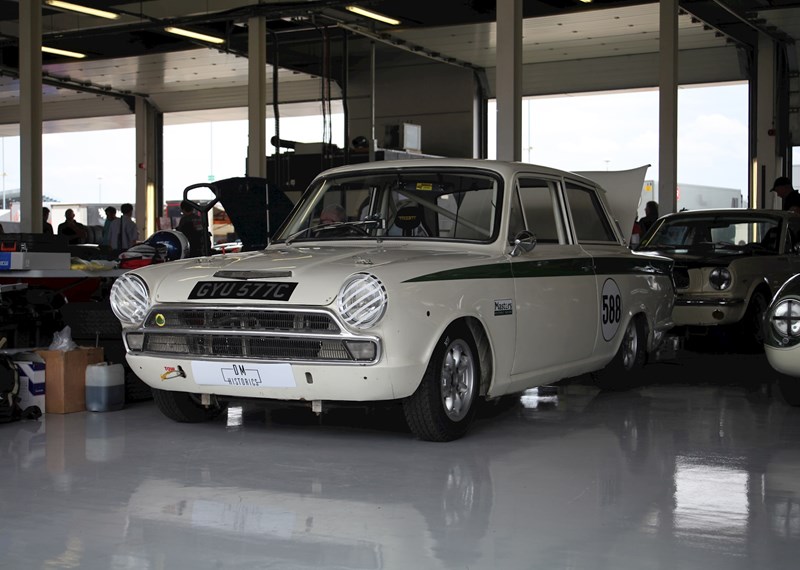 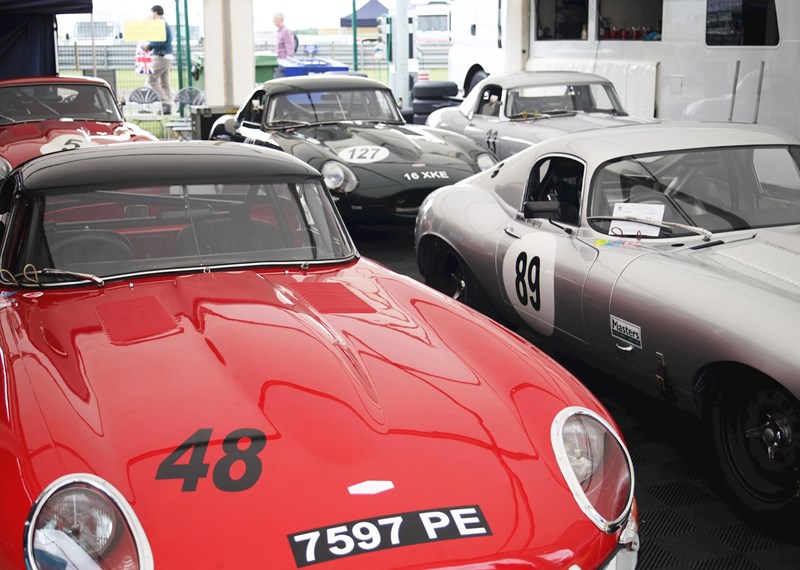 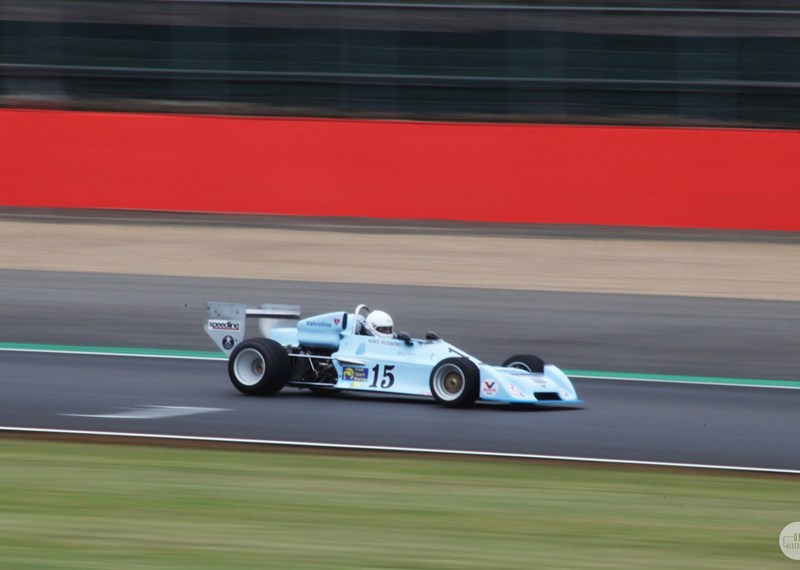 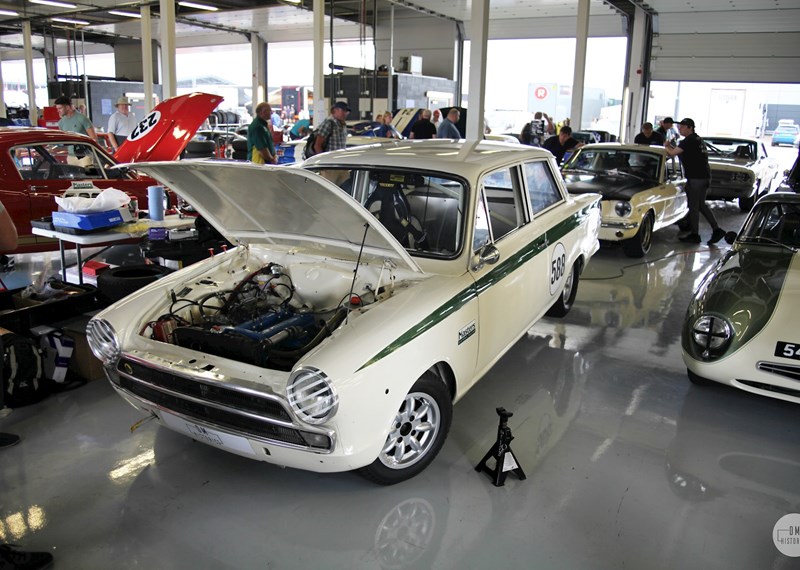 Finished in the iconic factory Lotus Ermine White and Sherwood Green, our plucky little racer was seen hammering around the historic motor circuit over the weekend and had a stunning first outing with business owners and father and son racing duo, Dominic and Marcus Holland at the wheel. 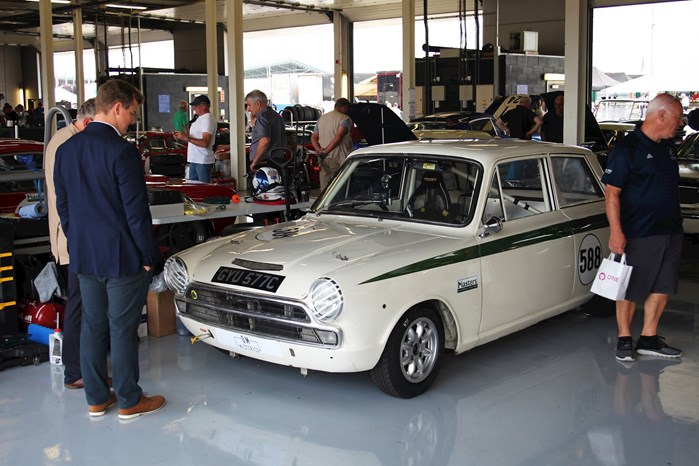 The 2019 Silverstone Classic, the world’s biggest historic motor racing festival, saw a plethora of vintage racecars from a century of motorsport across 21 thrilling races. With over 1,000 vehicles entered to compete, the gathering of legendary race machinery attracted fans and drivers alike to a weekend of non-stop motoring action.

With the anniversaries of both Bentley and MINI, the grid was awash with vintage vehicles from both marques, celebrating the wonderful history of British motorsport. Our Ford Lotus Cortina fit right in with the wonderful displays of British racing icons in the Transatlantic Trophy, specifically held for pre-66’ touring cars. Representing the UK, our racer battled Mustangs, Alfas, BMWs and, of course, other Ford Lotus Cortinas to place 37th in class – a fantastic achievement for the car’s first outing on track. 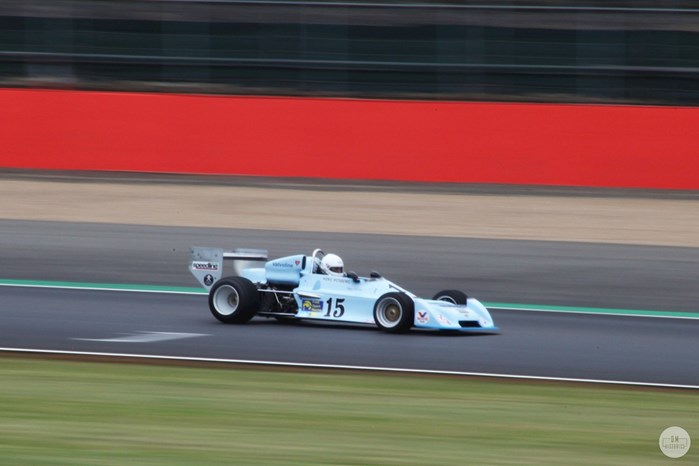 Formula 2 & 3 racecars and touring car masterpieces were hounded around the track by racing legends including three-time BTCC champion Colin Turkington, while F1 world champion Jackie Stewart kicked off the first iteration of the very race that bears his name. Over 100,000 motorsport fans attended the circuit for the weekend, watching on as hundreds of spectacular classics competed against one another with a fantastic amount of high-speed wheel-to-wheel action.

Putting our 1965 Ford Lotus Cortina through its paces at one of the most renowned vintage motorsport events in the world was a privilege for the DM Historics motorsport team. We can’t wait to take the racer on many more fantastic track-outings, proving the prowess of our race support segment and the performance of our very own Ford Lotus Cortina FIA racecar. 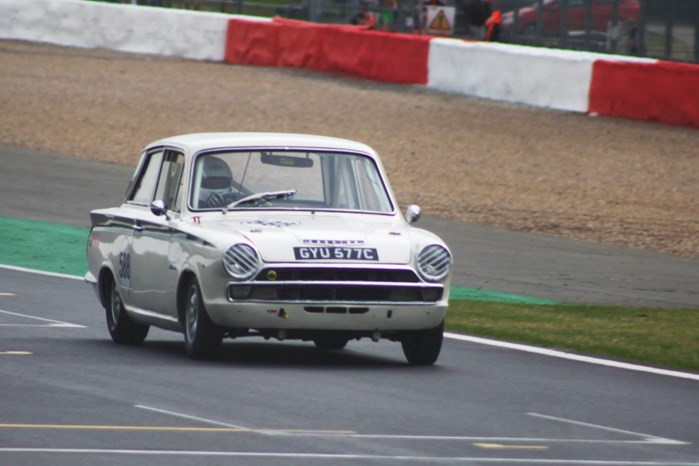