It was a day of celebration for Bonhams as not only was it Bonhams 21st sale at Goodwood Revival i.e. every year that Revival has run. It was also the last that Robert Brooks, Bonhams shareholder and chairman, would take to the rostrum to auction ‘a few lots’. As Jamie Knight waited in the wings Robert was in full flow and had the auction room and bidders in the palm of his hand, driving a David Brown Tracter to over 3 times its bottom end and an Austin Healey Sprite to over double bottom end. 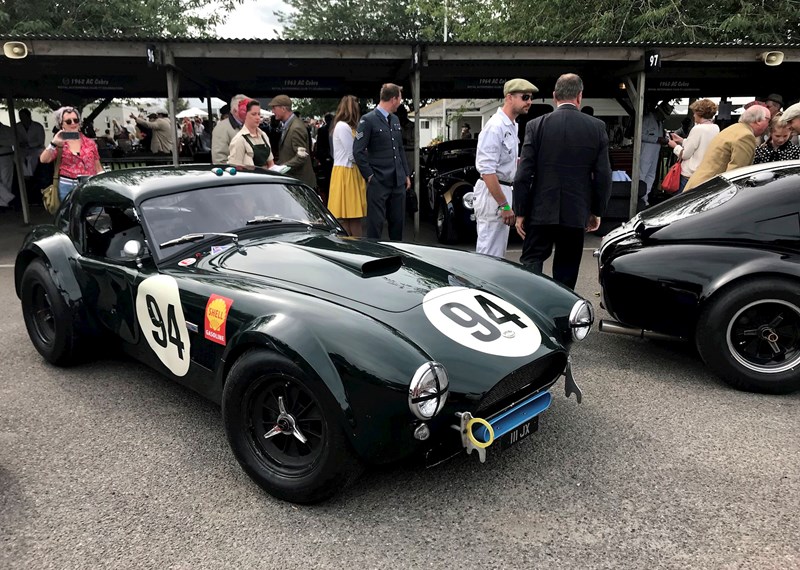 Wednesday night’s affair at RM Sothebys appeared to have had little affect on the feeling in the packed Bonhams tent as spirited bidding drove a number of lots to over the top end of estimate. Bonhams did well to bring the phones in on the 1964 Shelby Cobra which hammered out at the bottom end of estimate at £1,200,000 and was their top selling lot, this was ably supported by the Jaguar XJR-11 which although hammering 13% below bottom end still got away.

The three modern supercars, Ferrari LaFerrari, LaFerrari Aperta and Veyron, which collectively fell 16% short of bottom end, didn’t resonate at an overtly classic event, and in our opinion these lots may have been better suited to Festival of Speed. Unfortunately, the relatively poor performance of these lots set the tone for the second half of the auction where the sell through rate dropped and cars generally hammered further below estimate.

But overall Bonhams and Goodwood yielded good results, the 2018 iteration grossing nearly 40% higher than 2017, although the sell through rate fell slightly. We’ve already mentioned the highest price paid in the sale went to the 1964 Shelby Cobra, by contrast the cheapest lot was the very last one of the day, a 1960 Citroen 2CV van which hammered at £9,000.

The best bought simply has to be the 1962 Series 1 Jaguar E-type semi-lightweight competition coupe. Hammering 39% below bottom end at £61,000, a car with history and provides the buyer with a great opportunity to race at the highest level in historic motorsport. Bonhams must be delighted with how the David Brown tractor sold and the Shelby Cobra, although the best sold for us was the stunning 1937 Jaguar SS1000, going 10% above the top end of estimate at £550,000.

One key highlight of the auction was Jamie Knight, who was imperious. Having now watched Mr. Knight over the last three years, he has developed a mastery of the auction room and appears to have the best command of all the auctioneers Bonhams have at their disposal.

What Bonhams have showed at Revival, is that if you have the right cars, at the right event, with the right estimates and you can find sellers who are realistic and willing to do a deal then the result should be a strong auction – we look forward to next year.