Silverstone Auctions had an outstanding sale, setting a world record for a Triumph TR2 from the 1955 Le Mans race surpassing its highest estimate, whilst other lots achieved excellent results and a BMW shocked the market. 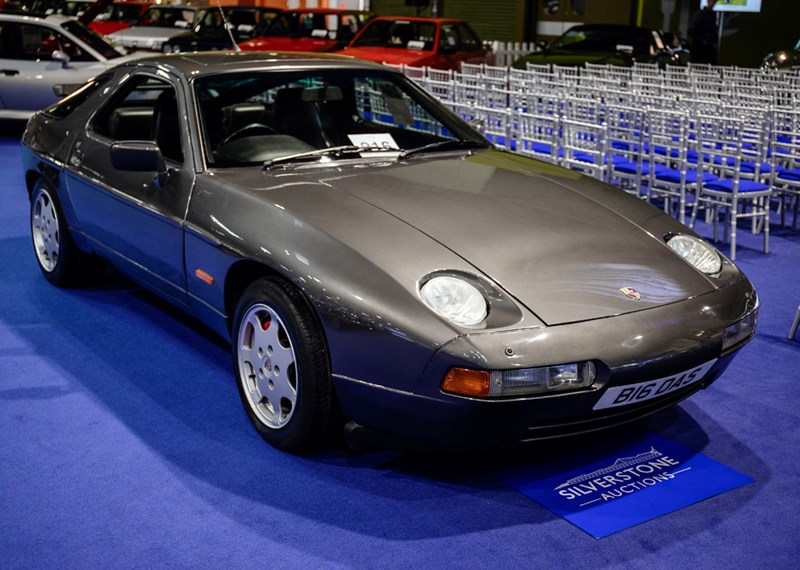 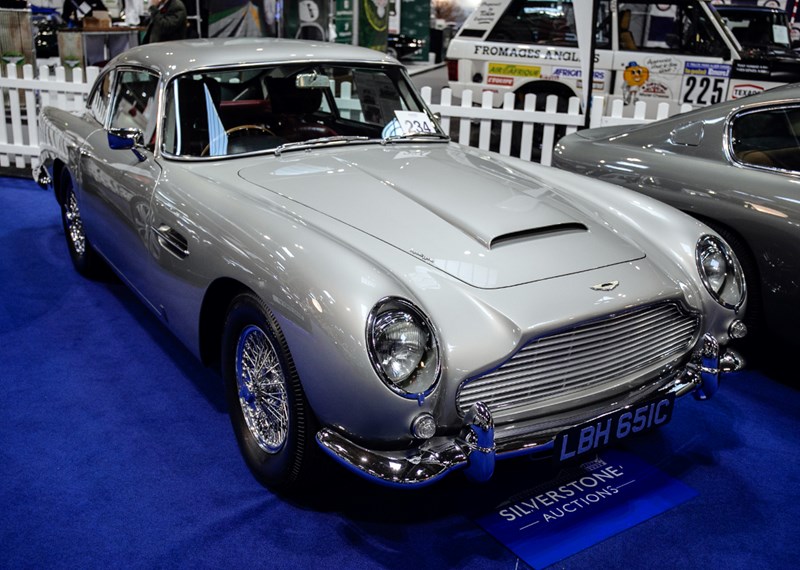 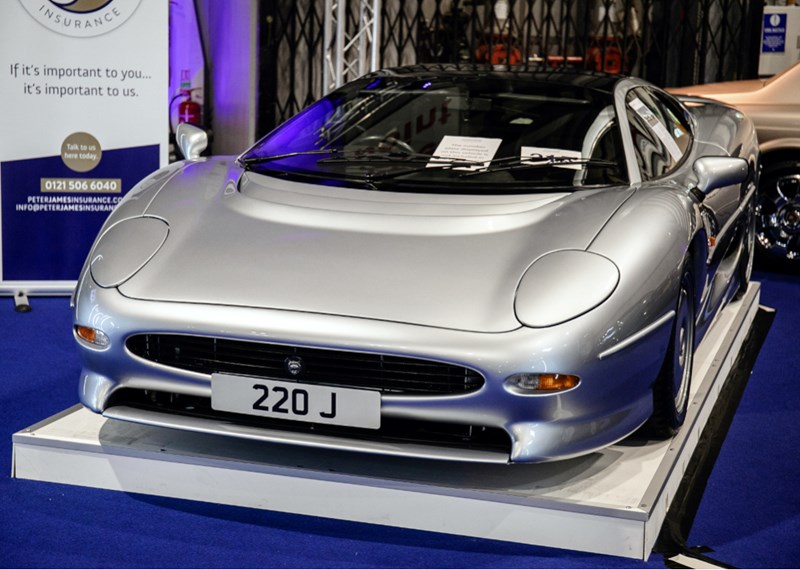 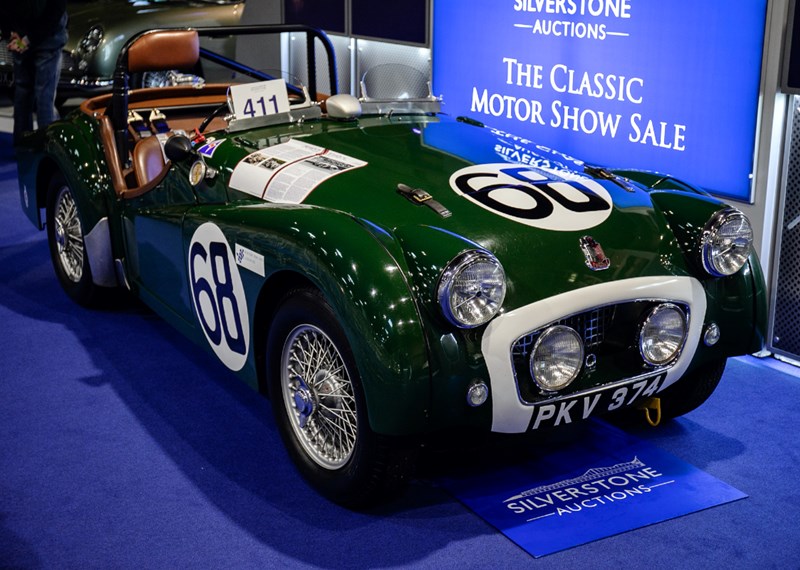 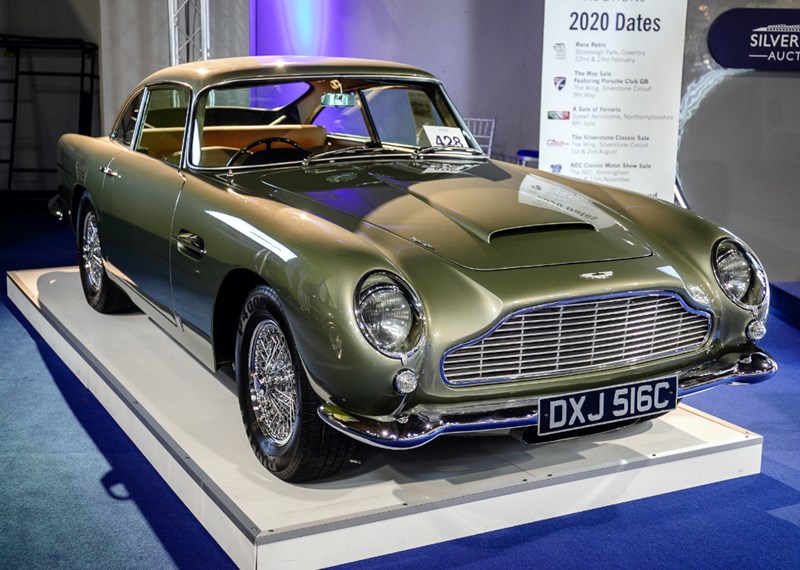 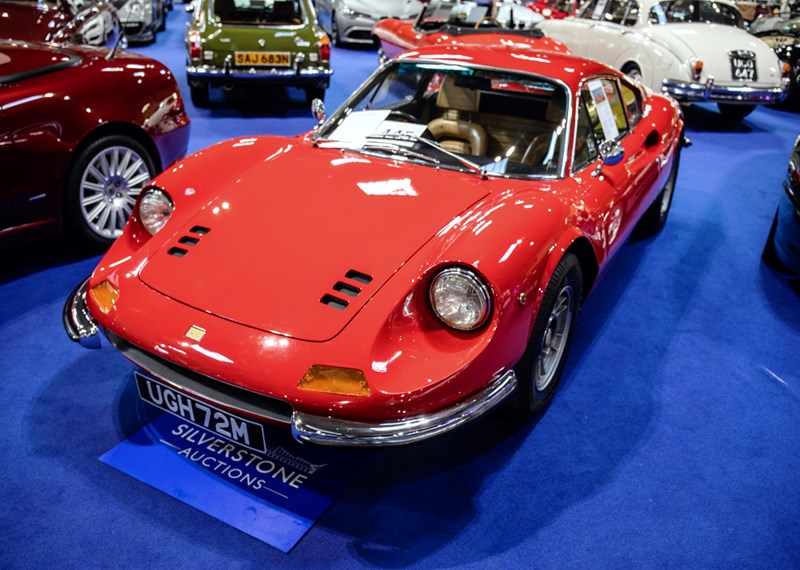 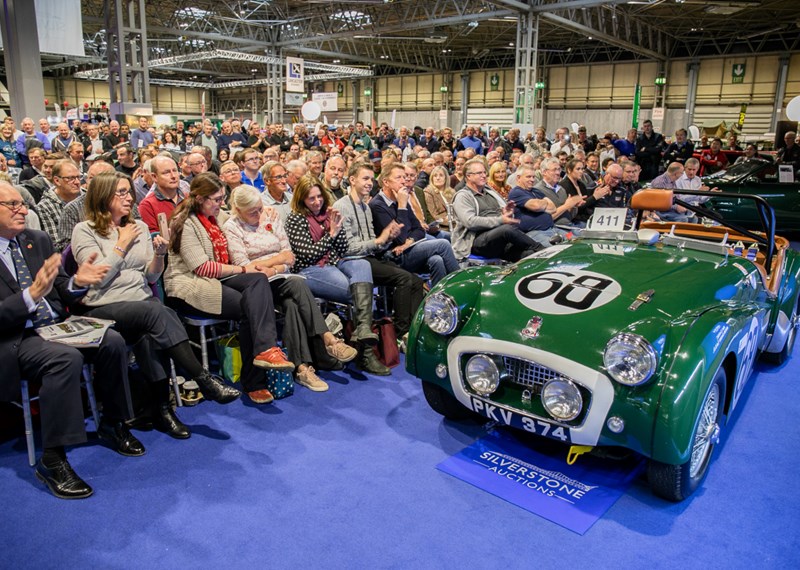 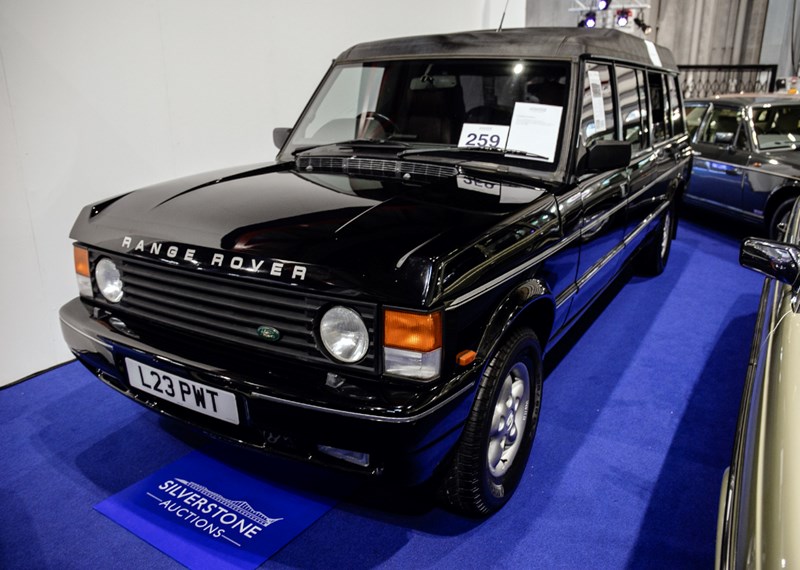 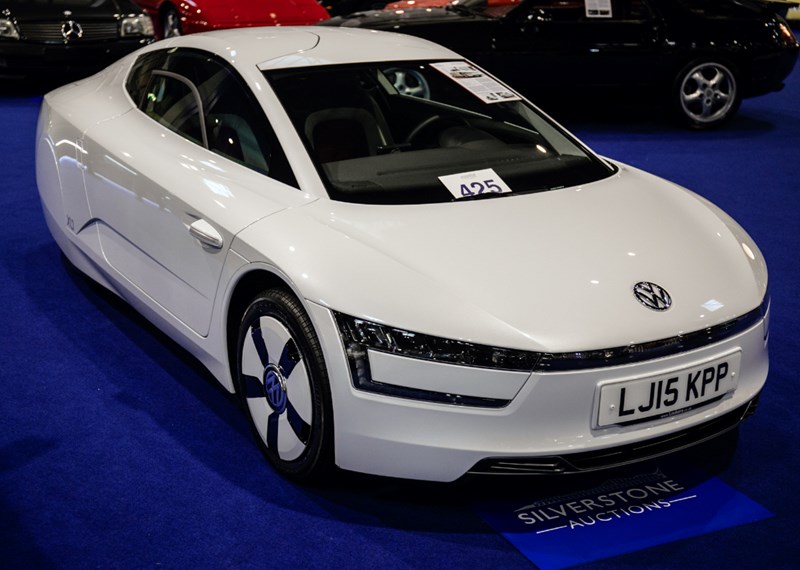 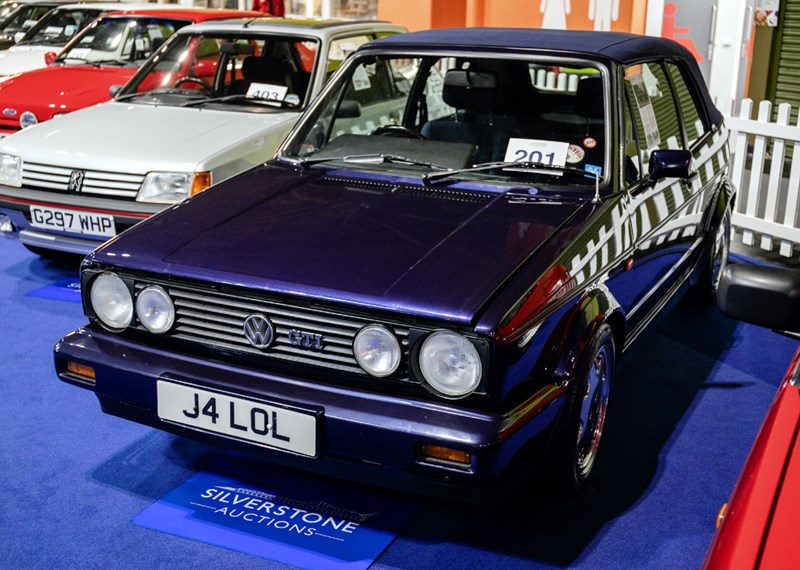 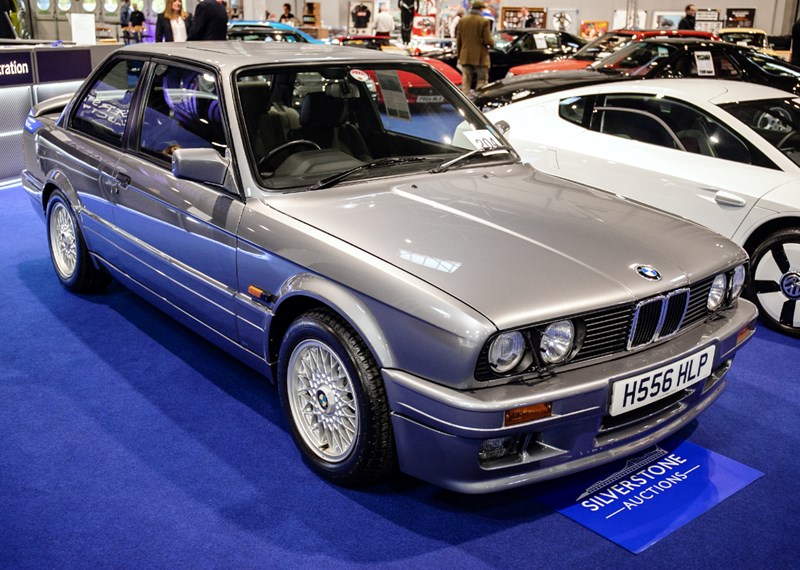 The auction achieved an impressive sales rate of 75% generating £5.8 million in sales, which in this current market is an excellent achievement ending the Silverstone Auctions UK auction year on a high.

The Lancaster Insurance Classic Motor Show was really buzzing over the weekend, with Silverstone Auctions seeing very high interest in the 118 car and bike lots plus 200 items of automobilia on offer. The viewing times saw many prospective bidders inspecting cars and enquiring, setting the tone for what was to come.

Saturday saw a packed saleroom and the first car off the block was the 1991 Golf GTi Rivage Cabriolet which was being auctioned at No Reserve for the Motor Neurone Disease Association. Bidding got underway well with the car selling for £10,125. With the energy high in the room the following lots all sold very well with the 1991 Peugeot 205 GTi going for £19,125 and the Maserati 4200 Spyder for £21,600. Lot 204 is where the room gasped and cheered with delight as the 1991 BMW 325i E30 Sport with 6,794 miles attracted lots of bidding with the remaining two bidders who were in the room battling it out to a final sale price of £51,188. 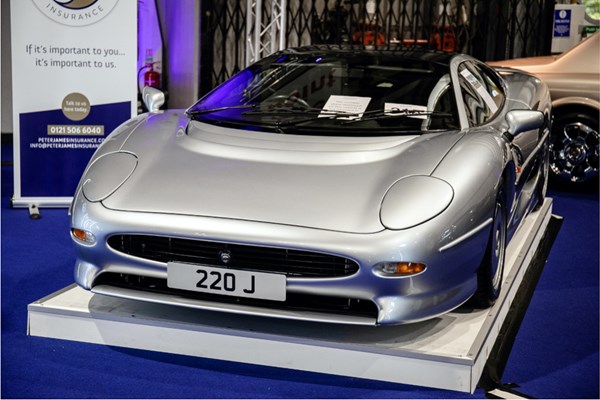 The enthusiasm continued, Lot 207 the 1976 Alfa Romeo Montreal which is in need of some TLC attracted interest and sold on the phone for £39,375. The first of the three figured lots, Lot 215 the 1993 Jaguar XJ220 with 2,000 miles from new and formerly owned by Sir John Madjeski, founder of Auto Trader, saw some steady bidding and selling for £362,813. A 2017 Subaru WRX STi Final Edition, Lot 221, which was one of the 150 destined for the UK market, exceeded expectations selling for £34,594 as several bidders vied for ownership. 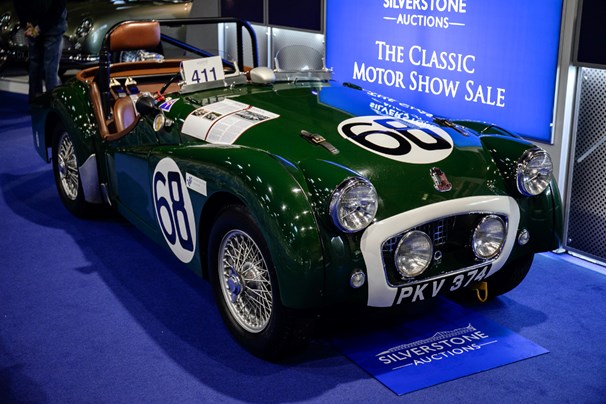 A last-minute invitation to the 2020 Goodwood Festival Speed Cartier Style et Luxe saw Lot 259 the 1994 Range Rover Limousine that once ferried boxing legend Mike Tyson around in June 2000 fetch £33,188. During the auction, filming was taking place for a new TV restoration show on Channel 4 of which Lot 216 was making a star appearance. Followed from recommissioning through to auction the car sold for £20,813.

Building on the success of Saturday, Sunday rolled in an no-one was prepared for what was to happen that afternoon. Lot 402 the 1978 Ford Bronco which is the rarest of all production models and formerly owned by Ford UK sold for £28,125. The Ex-Lulu 1971 Mercedes-Benz 280SE sold for £68,625 with Lot 406 the 2013 Evanta DBR1 evocation built by the Evanta Motor Company which at the time was owned by TV classic car presenter Ant Anstead sold for £75,375.

By now the excitement was growing as the star of the auction was up next, the 1955 Triumph TR2 ex-works Le Mans car. Estimated at £100,000 to £140,000 and bought straight after the race by Prince Hussein of Jordan and now being sold after 47 years of ownership by the current vendor, who were all in the room waiting in anticipation. The emotion was really high as bidding reached the higher estimate and continued further upwards. The healthy bidding continued between the room and the phones with the phone becoming the winning bidder at £258,750 making this a world record for a Triumph TR2. A huge round of applause erupted around the room for what was a tremendous achievement and a testament to the car on offer.

As the room settled down there was still more to come with the following two Aston Martins selling very well at £287,500 for Lot 421 the DB6 Mk1 Vantage and Lot 428 another stunning and exceptional DB5 selling for £618,750. 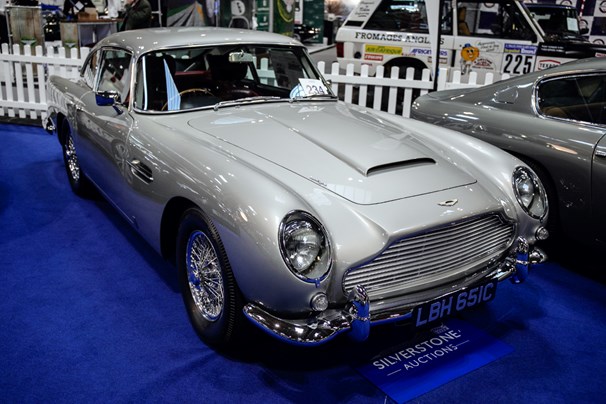 With talk about electric cars all the rage at the moment, it was very apt that Lot 425, a rare Volkswagen XL1 from 2015 with 80 miles on the clock and one of 200 built worldwide was to generate lots of interest and sold for £59,063.

Nick Whale, Silverstone Auctions’ Managing Director commented:
“I am absolutely delighted with this weekend’s sale. We had some terrific cars on offer and achieved some incredible prices.” “This has to have been our best sale of the year and this is down to the quality of the cars, the vendors and buyers as well as the Silverstone Auctions team. I am very happy with our achievements this weekend.” 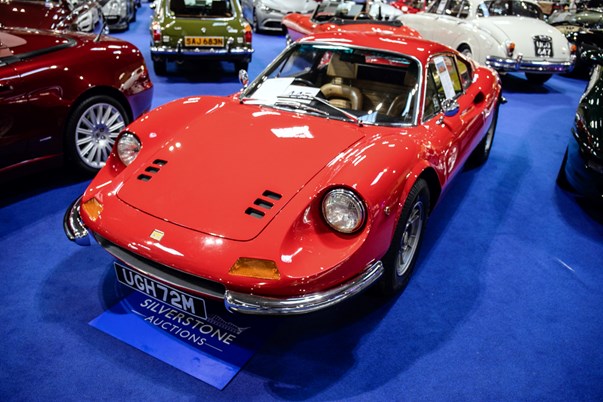 When something reaches iconic status it’s usually down to a certain era, and certain circumstances in which the icon in question was featured. Universally known...