Arriving at the International tent for 6am, we set about cleaning our Jaguar XK120. We didn't have long before the marshalls quickly ushered us to the starting line, the Tour d’Elegance was set to begin! Surrounded by a smörgasbord of varied classics – including the likes of Cadillacs, OSCAs, Lincolns and a few exemplary Ferraris – this was a true slice of automotive heaven. 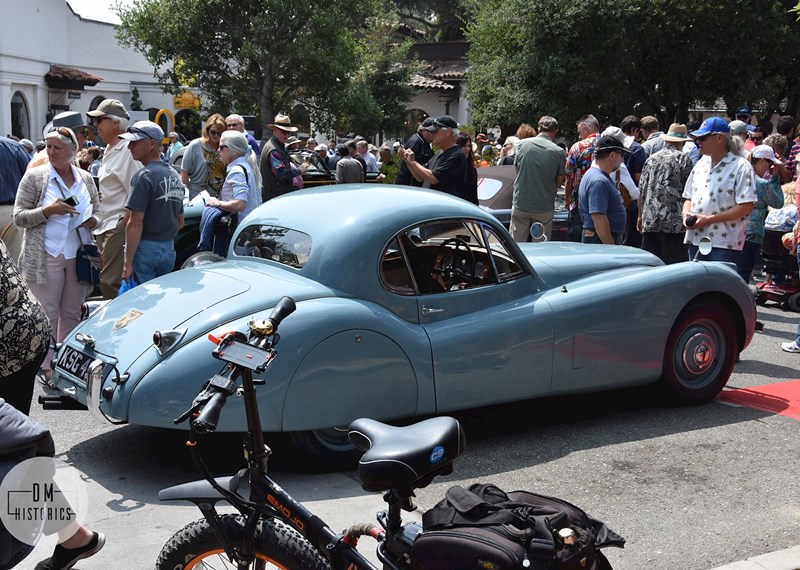 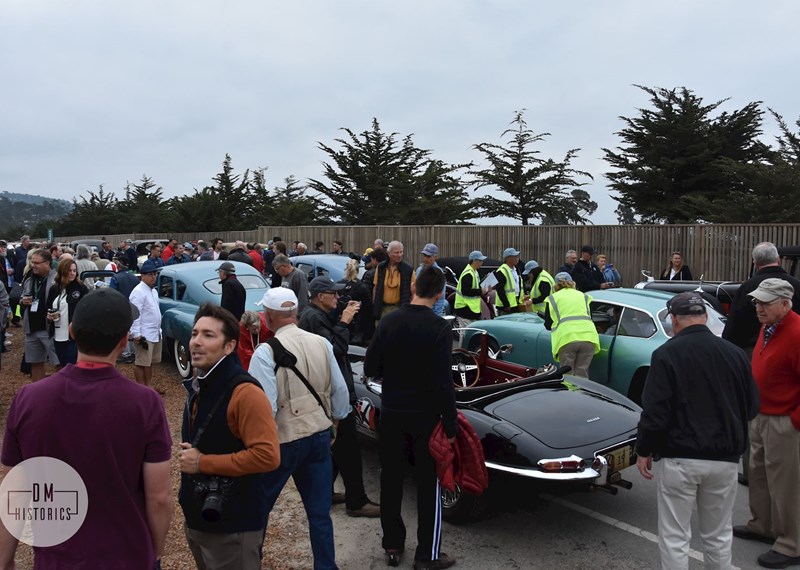 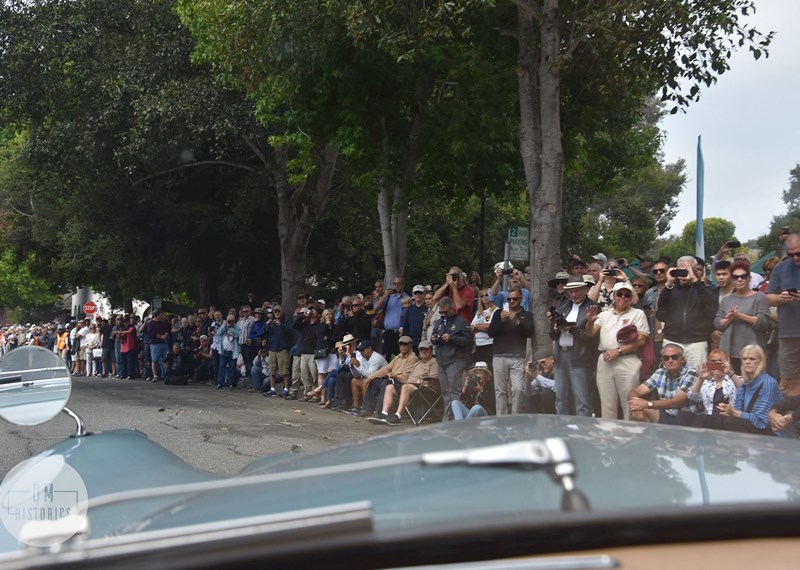 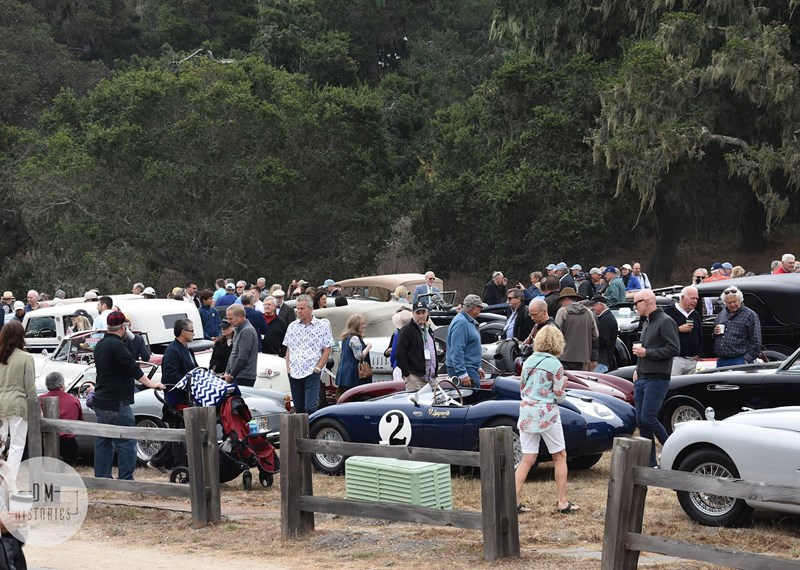 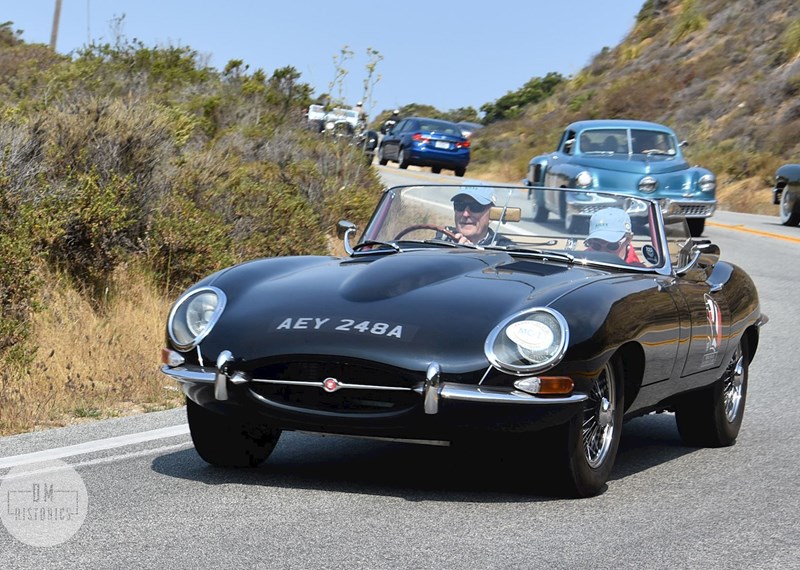 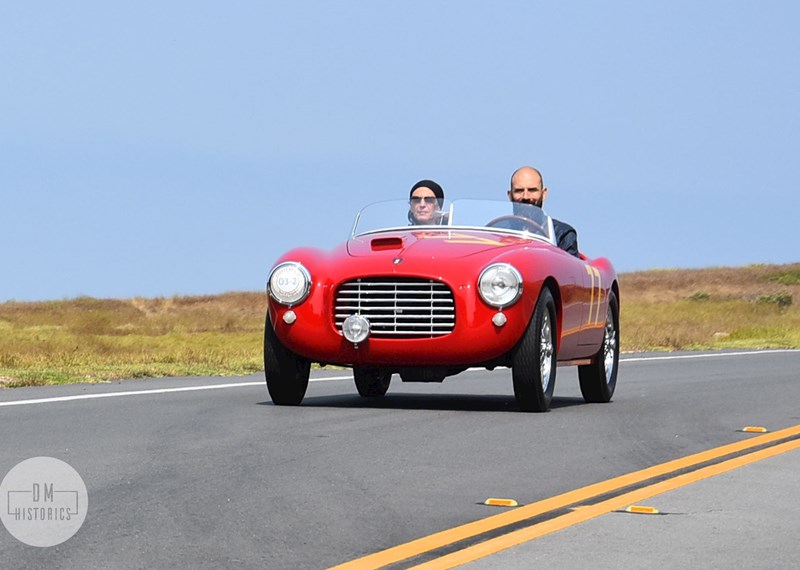 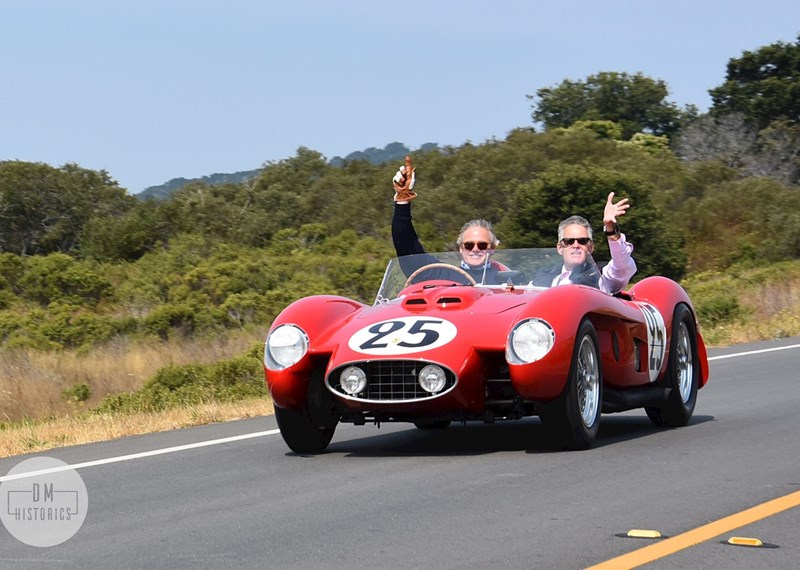 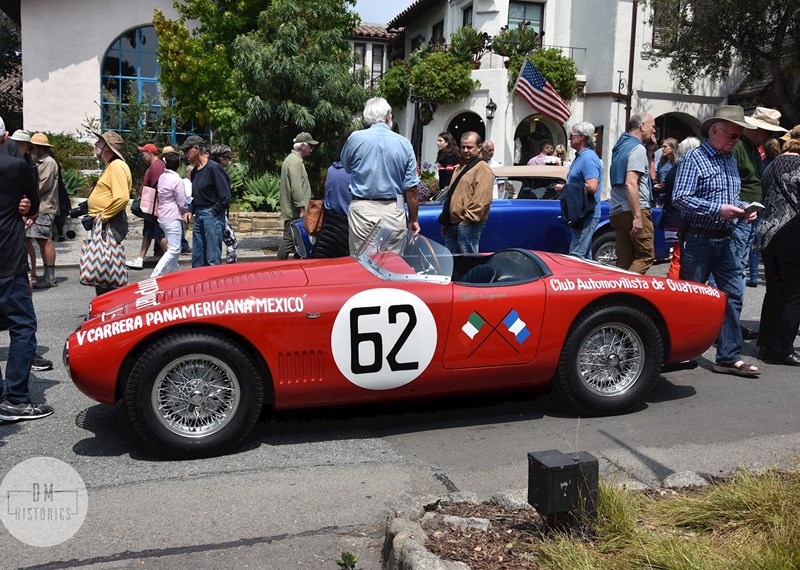 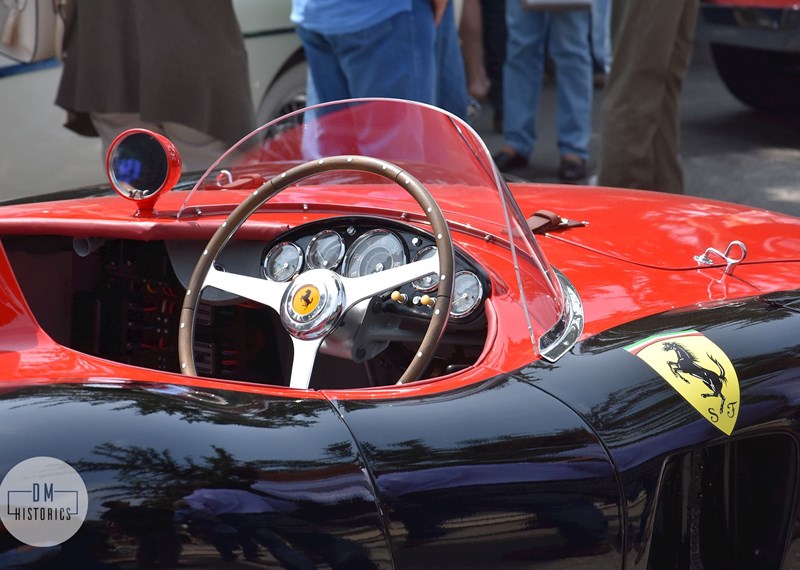 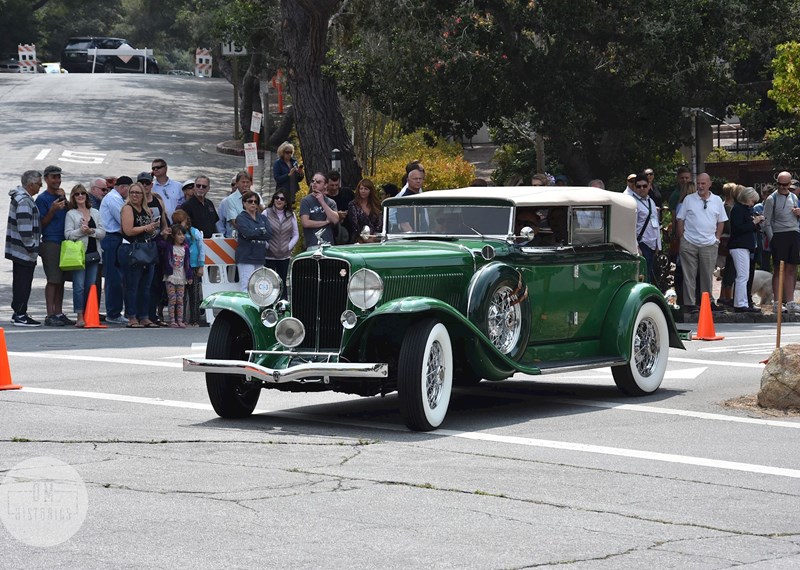 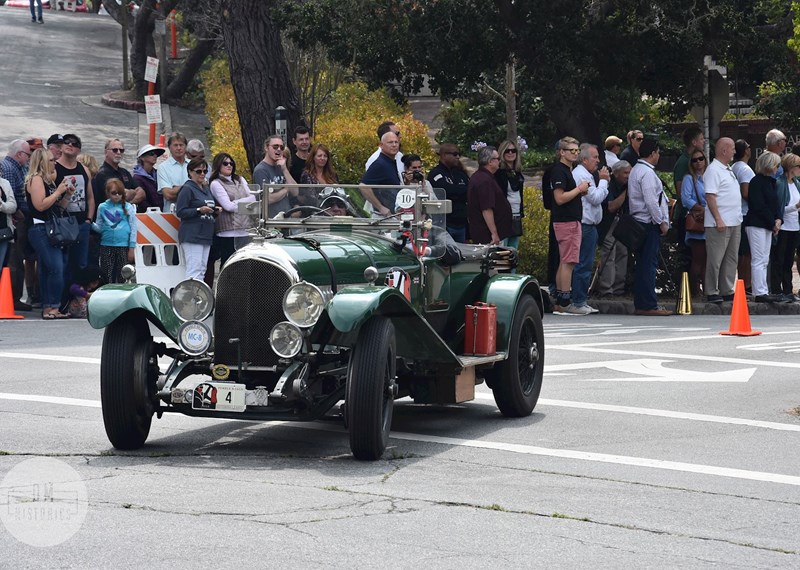 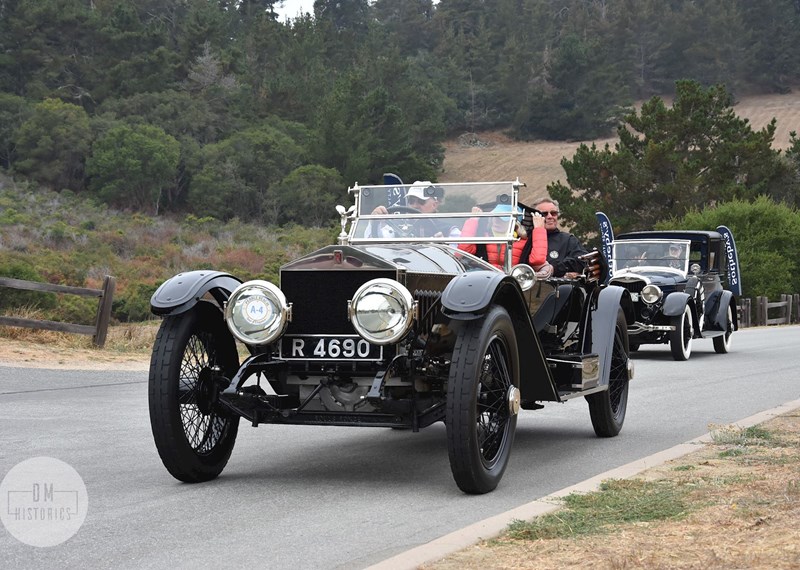 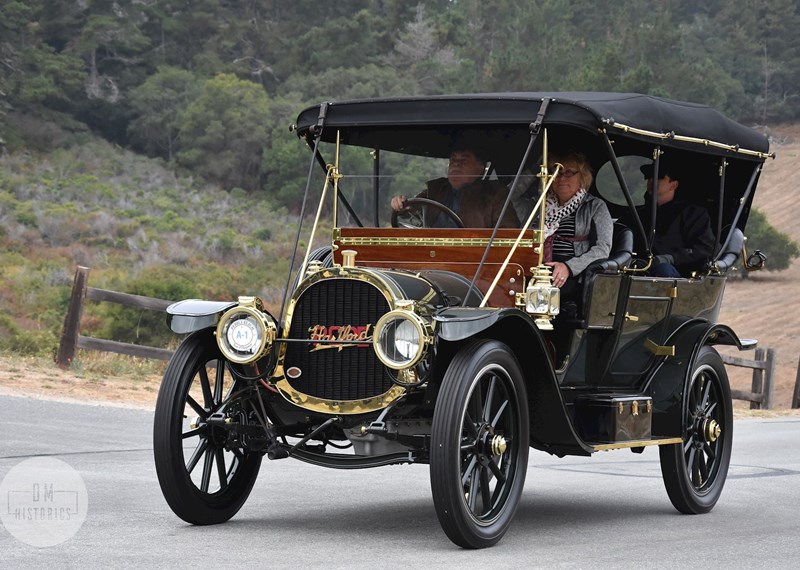 The Tour d’Elegance isn’t compulsory for entrants, but being able to witness some of the earliest cars from Pebble Beach strut their stuff remains a pleasure. Besides promoting use of the cars, with further incentives of awarded points for a competitive grand total, the Tour demonstrates that these vehicles are more than just museum pieces. This was further evidenced when we poured over a 1910 Pope-Hartford as it rolled in on a crest of glorious engine revs. Not something you see every day...

After chatting with owners and enjoying copious amounts of coffee and doughnuts (of the baked variety), participants set off from the start line over a 30 minute period. Heading out of Pebble Beach, we made our way to the Tehama Monterra property for a brief respite after roughly 10 miles of driving.

After arriving in Carmel, we are ushered to the main street where we parked up for lunch. The appreciation of the cars on show was truly amazing, and we were lucky to have lunch at all after answering so many questions. Between mouthfuls of food, there was no end of discussion over the XK120, and of course, thanking people for their support. Their comments on the car were truly flattering.

Being able to sit down and chat further with other owners about their cars was a real joy. We were lucky enough to share a table with the owner of a 1950 Talbot-Lago – a fascinating car that the both of us admired. Following lunch, we set off from Carmel and back to Pebble Beach for a final reception and some complimentary gifts.

Unfortunately, there were a few cars that succumbed to mechanical failures, but the 'trouble truck' did a great job of getting vehicles back on the road. The ones that weren’t able to move under their own power were quickly moved back to base.

I am pleased to report our unrestored 1953 Jaguar XK120 FHC had many admirers, even amongst a strong field of Preservation Class cars, not all of which took part in the Tour d’Elegance. The XK120 performed faultlessly, and the like-minded individuals and crowd support received throughout the route made the day a real bucket list experience.